skip to main | skip to sidebar

The Life of Brian.

The adventures of Brian the pug and his devotees.

a story where Betty tries to take over the world
Recently, Brian and Betty competed in the PugOlympics. Brian was focused and determined to best his 2nd place finish in last year's 10 metre dash. Betty's thoughts quickly drifted from the games to World Domination, as is wont to do.

Obviously, Betty will not be able to take over the world alone.  She needs help from her older, stronger, (and some say smarter) brother.  She has decided the best way of enlisting his help is by both enticing him with the promise of meat, and threatening him with brute force.

At the PugOlympics she decided to use the latter, as is clearly displayed in this first photo (the two to the far left). 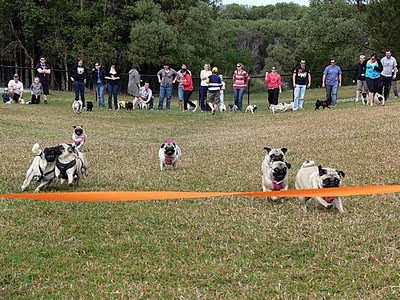 And despite Betty's desperate attempt to foil his win, he was the only one to grasp the concept of breaking the ribbon in order to win.  He may not have been the first pug to cross the line, but he is a winner in my book. 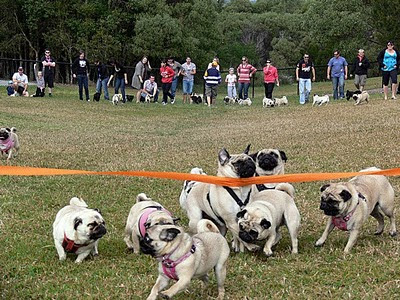