skip to main | skip to sidebar

The Life of Brian.

The adventures of Brian the pug and his devotees. 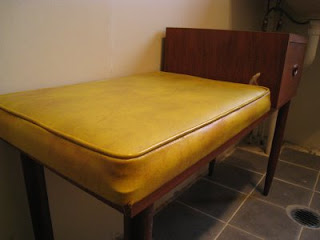 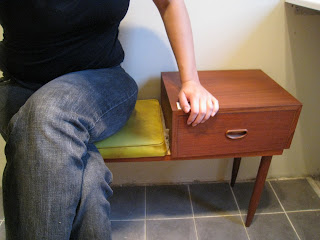 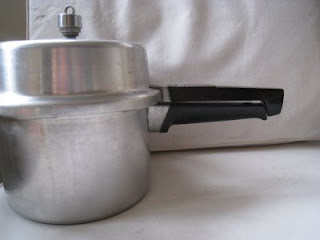 A couple months ago I saw a cute telephone table at a thrift store called Lifeline. I decided not to get it, for monetary reasons, but have been thinking about it ever since. Since I got a bit of tax money back, (yea for low tax brackets!) I decided to go back to see if by some chance it was still there. Imagine my surprise when it was. Wait, it gets better: Not only was my table there, but it had brought friends. So I ended getting a cuter table for less money. Sweet! I was thinking of re-covering the cushion, but I dig the 70s vibe it gives off, so it might stay as is. It lives in the bathroom now, which has received a mini makeover. In fact, the whole house has gotten a mini makeover, and the only purchase I have made is the table. I have managed to move around and re purpose pieces of furniture in order to create a new, more harmonious and fab dwelling. If you're lucky I'll post before and after photos of that.

Also found...a $20 time machine! Some might call it a pressure cooker, but I know it is a time machine. This is how it cooks food so quickly. I have been lusting after a time machine for ages, and couldn't pass up the opportunity. Unfortunately, I am too afraid to use it for two reasons: I don't want to disturb the space/time continuum and also don't want to ruin any food.

Oh, and don't think that you're getting away with not hearing about Brian (the dog not the human). Only five weeks and one day until we get to bring him home!